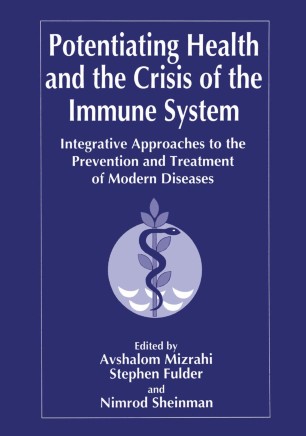 Potentiating Health and the Crisis of the Immune System

Integrative Approaches to the Prevention and Treatment of Modern Diseases

With all the enormous resources that are invested in medicine, it is sometimes a mystery why there is so much sickness still in evidence. Our life span, though higher than at any time in history, has now leveled off and has not significantly increased in the last two generations. There is a one-third increase in long-term illness in the last 20 years and a 44% increase in cancer incidence, which are not related to demographic issues. In some modern countries, the level of morbidity (defined as days off work because of sickness) has increased by two thirds in this time. Despite $1 trillion spent on cancer research in 20 years, the "War On Cancer" has recently been pronounced a complete failure by the u. s. President's Cancer Panel. Evidently we still have a long way to go. The goal of "Health for All by the Year 2000" as the World Health Organization has put it, is another forgotten dream. As ever, the answer will be found in breaking out of the old philosophical patterns and discovering the new, as yet unacceptable concepts. The problems of medicine today require a Kuhnian breakthrough into new paradigms, and new ways of thinking. And these new ways will not be mere variations of the old, but radical departures. This book, and the conference upon which it was based, is part of a search for these new pathways.