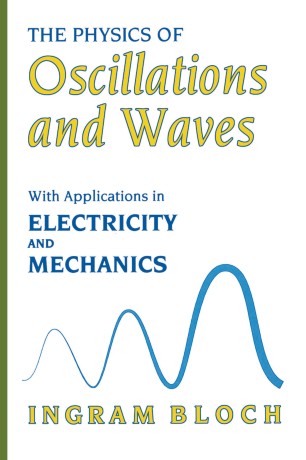 The Physics of Oscillations and Waves

With Applications in Electricity and Mechanics

Except for digressions in Chapters 8 and 17, this book is a highly unified treatment of simple oscillations and waves. The phenomena treated are "simple" in that they are de­ scribable by linear equations, almost all occur in one dimension, and the dependent variables are scalars instead of vectors or something else (such as electromagnetic waves) with geometric complications. The book omits such complicated cases in order to deal thoroughly with properties shared by all linear os­ cillations and waves. The first seven chapters are a sequential treatment of electrical and mechanical oscillating systems, starting with the simplest and proceeding to systems of coupled oscillators subjected to ar­ bitrary driving forces. Then, after a brief discussion of nonlinear oscillations in Chapter 8, the concept of normal modes of motion is introduced and used to show the relationship between os­ cillations and waves. After Chapter 12, properties of waves are explored by whatever mathematical techniques are applicable. The book ends with a short discussion of three-dimensional vii viii Preface problems (in Chapter 16), and a study of a few aspects of non­ linear waves (in Chapter 17).