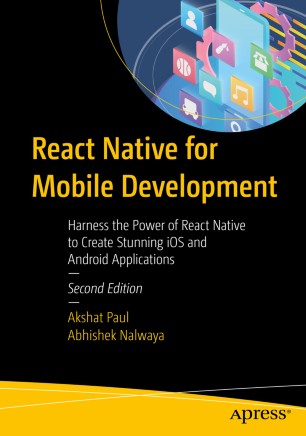 Develop native iOS and Android apps with ease using React Native. Learn by doing through an example-driven approach, and have a substantial running app at the end of each chapter. This second edition is fully updated to include ES7 (ECMAScript 7), the latest version of React Native (including Redux), and development on Android.

You will start by setting up React Native and exploring the anatomy of React Native apps. You'll then move on to Redux data flow, how it differs from flux, and how you can include it in your React Native project to solve state management differently and efficiently. You will also learn how to boost your development by including popular packages developed by the React Native community that will help you write less; do more. Finally, you'll learn to how write test cases using Jest and submit your application to the App Store.

React Native challenges the status quo of native iOS and Android development with revolutionary components, asynchronous execution, unique methods for touch handling, and much more. This book reveals the the path-breaking concepts of React.js and acquaints you with the React way of thinking so you can learn to create stunning user interfaces.