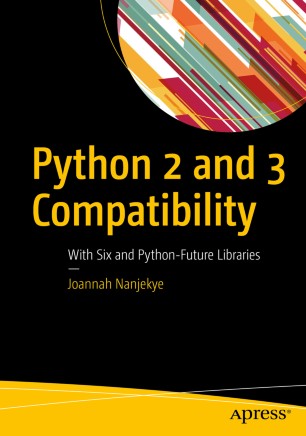 With Six and Python-Future Libraries

Although Python 3 is considered the future of Python, Python 2.x will be maintained for several more years, alongside Python 3, which is not backwards compatible. For those who need to support both versions, this book guides you through the process.

Python 2 and 3 Compatibility explains the syntactical differences between Python 2 and 3, and how to use Python packages Python-Future and Six to implement neutral compatibility. Developers working on either small, medium, or large projects will appreciate the author's clear explanations, detailed examples, and clean techniques to help them extend support for both versions to their existing Python 2-compatible projects.