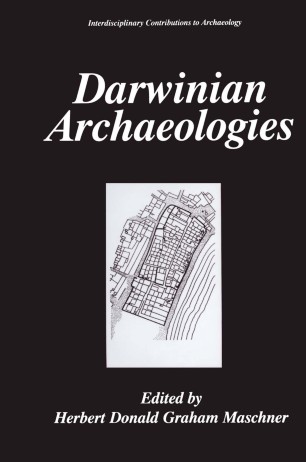 Just over 20 years ago the publication of two books indicated the reemergence of Darwinian ideas on the public stage. E. O. Wilson's Sociobiology: The New Synthesis and Richard Dawkins' The Selfish Gene, spelt out and developed the implications of ideas that had been quietly revolutionizing biology for some time. Most controversial of all, needless to say, was the suggestion that such ideas had implications for human behavior in general and social behavior in particular. Nowhere was the outcry greater than in the field of anthropology, for anthropologists saw themselves as the witnesses and defenders of human di­ versity and plasticity in the face of what they regarded as a biological determin­ ism supporting a right-wing racist and sexist political agenda. Indeed, how could a discipline inheriting the social and cultural determinisms of Boas, Whorf, and Durkheim do anything else? Life for those who ventured to chal­ lenge this orthodoxy was not always easy. In the mid-l990s such views are still widely held and these two strands of anthropology have tended to go their own way, happily not talking to one another. Nevertheless, in the intervening years Darwinian ideas have gradually begun to encroach on the cultural landscape in variety of ways, and topics that had not been linked together since the mid-19th century have once again come to be seen as connected. Modern genetics turns out to be of great sig­ nificance in understanding the history of humanity.