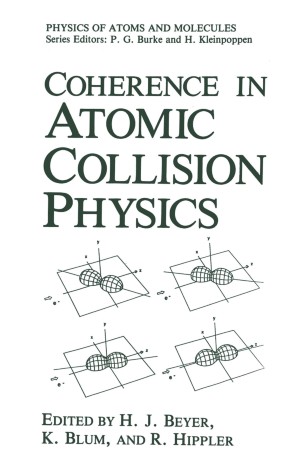 For Hans Kleinpoppen on His Sixtieth Birthday

During the last two decades the experimental investigation of atomic coherence phenomena has made rapid progress. Detailed studies have been performed of angular correlations, spin polarization effects, angular momen­ tum transfer, and the alignment parameters which characterize the charge cloud of excited atoms. The enormous growth in the number of these investigations was made possible through substantial development and application of new experimental technology, the development of sophisti­ cated theoretical models and numerical methods, and a fine interplay between theory and experiment. This interplay has resulted in a deeper understanding of the physical mechanisms of atomic collision processes. It is the purpose of the chapters in this book to provide introductions for nonspecialists to the various fields of this area as well as to present new experimental and theoretical results and ideas. The interest in spin-dependent interactions in electron-atom scattering has a long history; it dates back to the early investigations of Mott in 1929. While the more traditional measurements in this field were concerned with the determination of spin polarization and asymmetries, the range of investi­ gations has been expanded enormously during the last few years and now includes many observables sensitive to one or more of the various spin­ dependent interactions. The understanding of these effects requires a theoretical description of the orientation and alignment parameters of the target atoms, of the forma­ tion of resonances, of the influence of electron-exchange processes, and of the relativistic interactions inside the atom and between projectile and target.