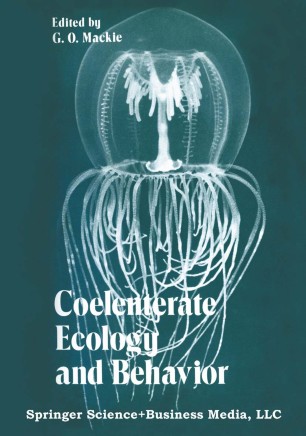 The study of coelenterates is now one of the most active fields of invertebrate zoology. There are many reasons for this, and not everyone would agree on them, but certain facts stand out fairly clearly. One of them is that many of the people who study coelenterates do so simply because they are interested in the animals for their own sake. This, however, would be true for other invertebrate groups and cannot by itself explain the current boom in coelenterate work. The main reasons for all this activity seem to lie in the considerable concentration of research effort and funding into three broad, general areas of biology: marine ecology, cellular-developmental biology and neurobiology, in all of which coelenterates have a key role to play. They are the dominant organisms, or are involved in an important way, in a variety of marine habitats, of which coral reefs are only one, and this automatically ensures their claims on the attention of ecologists and marine scientists. Secondly, the convenience of hydra and some other hydroids as experimental animals has long made them a natural choice for a variety of studies on growth, nutrition, symbiosis, morphogenesis and sundry aspects of cell biology. Finally, the phylogenetic position of the coelenterates as the lowest metazoans having a nervous system makes them uniquely interesting to those neurobiologists and behaviorists who hope to gain insights into the functioning of higher nervous systems by working up from the lowest level.