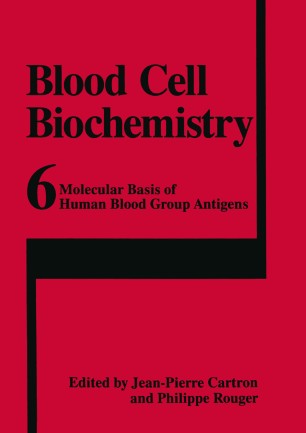 The science of blood groups was born at the beginning of this century, when the field of immunology married that of genetics. Most of the subsequent progress in immunogenetics was achieved by British investigators. The six consecutive editions of the unequaled Blood Groups in Man have long been considered as the bible of blood groupers. It is quite unfortunate that this book has not been revisited since 1975. Although one cannot do without immunogenetics, which remains useful for the identification of new blood groups and genetic studies, the focus of interest has moved somewhat today. After several decades, the molecular basis of blood groups can be investigated by biochemists. From 1950 to 1980, the ABO, Hh, and Lewis blood groups served as models and their chemical basis came to be established. The red cell membrane glycophorins carrying the MN and Ss antigens and the glycolipids with P blood group specificities were also identified and characterized. The chemical basis of the other groups, however, remained largely unknown.