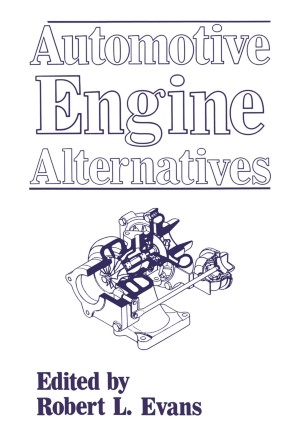 This book contains the proceedings of the International Symposium on Alternative and Advanced Automotive Engines, held in Vancouver, B.C., on August 11 and 12, 1986. The symposium was sponsored by EXPO 86 and The University of British Columbia, and was part of the specialized periods program of EXPO 86, the 1986 world's fair held in Vancouver. Some 80 attendees were drawn from 11 countries, representing the academic, auto­ motive and large engine communities. The purpose of the symposium was to provide a critical review of the major alternatives to the internal combustion engine. The scope of the symposium was limited to consideration of combustion engines, so that electric power, for example, was not considered. This was not a reflec­ tion on the possible contribution which electric propulsion may make in the future, but rather an attempt to focus the proceedings more sharply than if all possible propulsion systems had been considered. In this way all of the contributors were able to participate in the sometimes lively discussion sessions following the presentation of each paper.