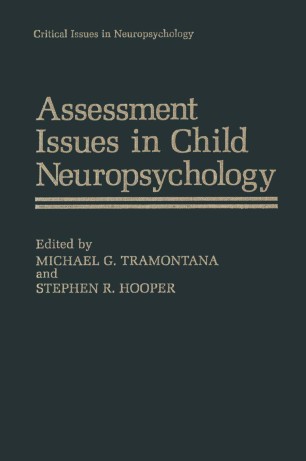 Neuropsychology has its roots in clinical neurology. Reading case de­ scriptions by 19th century neurologists, such as Wernicke's painstakingly detailed examinations of patients with the "aphasic symptom-complex," makes it obvious that neuropsychology is not a new discipline. Even the marriage with psychology is not new; the neurologist Arnold Pick, for example, was fully conversant with the developments in contemporary psychological as well as linguistic research. However, the primary focus of 19th and early 20th century psychology was on "general psychology," and only a small number of psychologists ventured into what then was called "differential psychology" (the psychology of individual dif­ ferences) including a few who became attached to neurological research and rehabilitation units after World War I. It remained until World War II for psychologists to establish a more solid working relationship with neurology. What psychology had to offer to neurology was its experimental skill, the development of a sophisticated methodology, and, for clinical work, the development of psychometrics. On the whole, the marriage between the two disciplines has been fruitful, leading to new insights, models, and discoveries about brain-behavior relationships, documented in several textbooks which appeared in rapid succession since the 1960s. In clinical practice, neuropsychology has been inventive in some respects, in others merely introducing psychometric rigor to already existing neurological examinations. As described in greater detail in this book, developmental neuropsy­ chology is of even more recent origin.