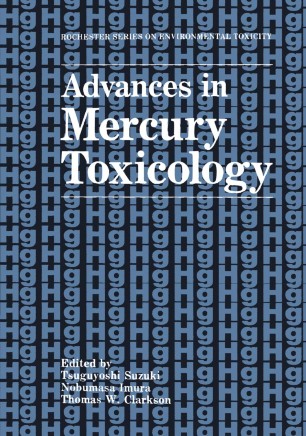 This book is based on an international meeting organized by the University of Tokyo and the University of Rochester, and is published as one belonging to the series of Rochester International Conferences in Environmental Toxicity. The meeting on "Advances in Mercury Toxicology" was held at the University of Tokyo on August 1 to 3, 1990. The invited papers are published in this book along with an "Overview" chapter that was written by the editors at a meeting held at the University of Rochester on August 1 to 2, 1991. The purpose of the meeting was to assemble leading scientists to discuss their most recent findings on the toxicology of mercury. The time was opportune. Considerable progress has been made on the environmental fate and toxicology of mercury. Recent findings have given new insight into the global model for mercury. Transport in the atmosphere extends great distances resulting in pollution of lakes and rivers far distant from the source of mercury release. The process of methylation leads to accumulation of methylmercury in fish and thus in the human diet. New evidence indicates that acid rain and the impoundment of water for hydroelectric purposes affects the methylation and bioaccumulation processes resulting in higher levels of methylmercury in fish.