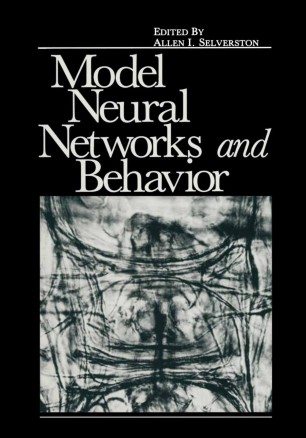 The most conspicuous function of the nervous system is to control animal behav­ ior. From the complex operations of learning and mentation to the molecular con­ figuration of ionic channels, the nervous system serves as the interface between an animal and its environment. To study and understand the fundamental mecha­ nisms underlying the control of behavior, it is often both necessary and desirable to employ biological systems with characteristics especially suitable for answering specific questions. In neurobiology, many invertebrates have become established as model systems for investigations at both the systems and the cellular level. Large, readily identifiable neurons have made invertebrates especially useful for cellular studies. The fact that these neurons occur in much smaller numbers than those in higher animals also makes them important for circuit analysis. Although important differences exist, some of the questions that would be tech­ nically impossible to answer with vertebrates can become experimentally tractable with invertebrates.