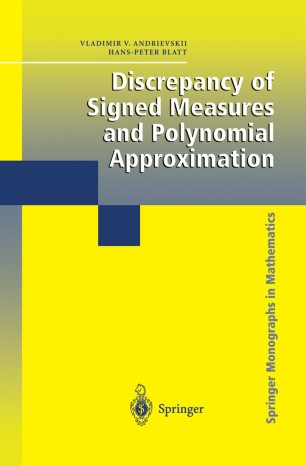 The book is an authoritative and up-to-date introduction to the field of Analysis and Potential Theory dealing with the distribution zeros of classical systems of polynomials such as orthogonal polynomials, Chebyshev, Fekete and Bieberbach polynomials, best or near-best approximating polynomials on compact sets and on the real line. The main feature of the book is the combination of potential theory with conformal invariants, such as module of a family of curves and harmonic measure, to derive discrepancy estimates for signed measures if bounds for their logarithmic potentials or energy integrals are known a priori. Classical results of Jentzsch and Szegö for the zero distribution of partial sums of power series can be recovered and sharpened by new discrepany estimates, as well as distribution results of Erdös and Turn for zeros of polynomials bounded on compact sets in the complex plane.
Vladimir V. Andrievskii is Assistant Professor of Mathematics at Kent State University. Hans-Peter Blatt is Full Professor of Mathematics at Katholische Universität Eichstätt.