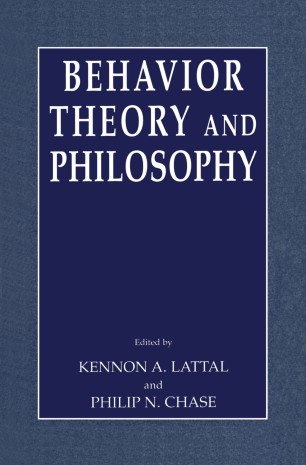 This volume is based on a conference held at West Virginia University in April, 2000 in recognition of the career-long contributions to psychology of Hayne W. Reese, Centennial Professor of Psychology, who retired from the University at the end of the 1999-2000 academic year. Although Professor Reese may be even better known for his contributions to developmental psychology, his influential scholarly work on philosophical and conceptual issues that impact all of psychology provided the impetus for the confer­ ence. Behavior theory and philosophy was the name given by Professor Reese and one of the authors in this volume, Jon Krapfl, to a course that they developed at West Virginia University in the late 1970s. 1t seemed appro­ priate to adopt its title for both the conference and this volume as the shared theme involves the ideas that have shaped modern behavior analysis. A number of people contributed to the success of the May, 2000 confer­ ence honoring Hayne Reese and we thank them all for their efforts: Dean Duane Nellis of the Eberly College of Arts and Sciences at WVU offered enthusiastic support for the project both financially and through his as­ signment of staff to help with the conference. Mark Dalessandro, Relations Director for the Eberly College of Arts and Sciences, served as the "point man" for the conference and made all of the local arrangements both within the university and the community.