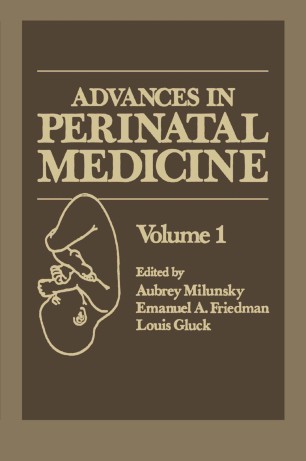 The state of health care isreflected by perinatal and neonatal morbidity and mortality as weIl as by the frequencies of long-term neurological and developmental disorders. Many factors, some without immediately recognizable significance to childbearing and many still unknown, undoubtedly contribute beneficially or adversely to the outcome of pregnancy. Knowledge concerning the impact of such factors on the fetus and survivinginfant iscritical. Confounding analysesofpregnancy outcome, especially these past 2 or 3 decades, are the effects of newly undertaken invasive or inactive therapeutic approaches coupled with the advent of high technology. Many innovations have been introduced without serious efforts to evaluate their impact prospectively and objectively. The consequences of therapeutic misadventures character­ ized the past; it seems they have been replaced to a degree by some of the complications of applied technology. Examples abound: after overuse of oxygen was recognized to cause retrolental fibroplasia, its restriction led to an increase in both neonatal death rates and neurologic damage in surviving infants. Administration of vitamin K to prevent neonatal hemorrhagic disease, particularly when given in what we now know as excessive dosage, occasionally resulted in kernicterus. Prophy­ lactic sulfonamide use had a similar end result. More recent is the observation of bronchopulmonary dysplasia as a complication of re­ spirator therapy for hyaline membrane disease. The decade of the eighties opened with the all-time highest rate of cesarean section in the United States.