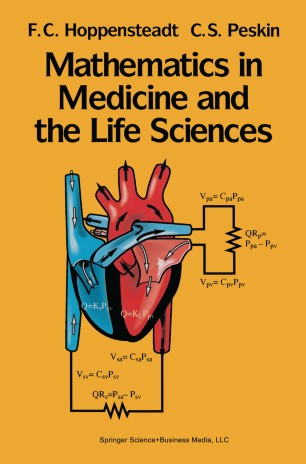 Mathematics in Medicine and the Life Sciences

The aim of this book is to introduce the subject of mathematical modeling in the life sciences. It is intended for students of mathematics, the physical sciences, and engineering who are curious about biology. Additionally, it will be useful to students of the life sciences and medicine who are unsatisfied with mere description and who seek an understanding of biological mechanism and dynamics through the use of mathematics. The book will be particularly useful to premedical students, because it will introduce them not only to a collection of mathematical methods but also to an assortment of phenomena involving genetics, epidemics, and the physiology of the heart, lung, and kidney. Because of its introductory character, mathematical prerequisites are kept to a minimum; they involve only what is usually covered in the first semester of a calculus sequence. The authors have drawn on their extensive experience as modelers to select examples which are simple enough to be understood at this elementary level and yet realistic enough to capture the essence of significant biological phenomena drawn from the areas of population dynamics and physiology. Because the models presented are realistic, the book can serve not only as an introduction to mathematical methods but also as a mathematical introduction to the biological material itself. For the student, who enjoys mathematics, such an introduction will be far more stimulating and satisfying than the purely descriptive approach that is traditional in the biological sciences.