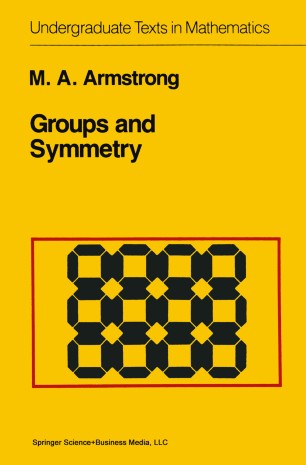 Groups are important because they measure symmetry. This text, designed for undergraduate mathematics students, provides a gentle introduction to the highlights of elementary group theory. Written in an informal style, the material is divided into short sections each of which deals with an important result or a new idea. Throughout the book, the emphasis is placed on concrete examples, many of them geometrical in nature, so that finite rotation groups and the seventeen wallpaper groups are treated in detail alongside theoretical results such as Lagrange's theorem, the Sylow theorems, and the classification theorem for finitely generated abelian groups. A novel feature at this level is a proof of the Nielsen-Schreier theorem, using group actions on trees. There are more than three hundred exercises and approximately sixty illustrations to help develop the student's intuition.