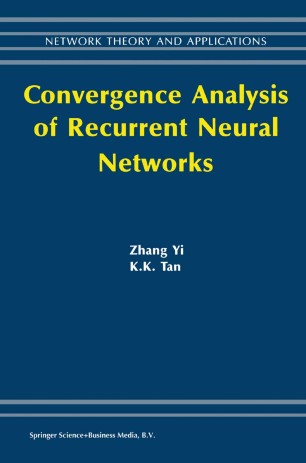 Since the outstanding and pioneering research work of Hopfield on recurrent neural networks (RNNs) in the early 80s of the last century, neural networks have rekindled strong interests in scientists and researchers. Recent years have recorded a remarkable advance in research and development work on RNNs, both in theoretical research as weIl as actual applications. The field of RNNs is now transforming into a complete and independent subject. From theory to application, from software to hardware, new and exciting results are emerging day after day, reflecting the keen interest RNNs have instilled in everyone, from researchers to practitioners. RNNs contain feedback connections among the neurons, a phenomenon which has led rather naturally to RNNs being regarded as dynamical systems. RNNs can be described by continuous time differential systems, discrete time systems, or functional differential systems, and more generally, in terms of non­ linear systems. Thus, RNNs have to their disposal, a huge set of mathematical tools relating to dynamical system theory which has tumed out to be very useful in enabling a rigorous analysis of RNNs.