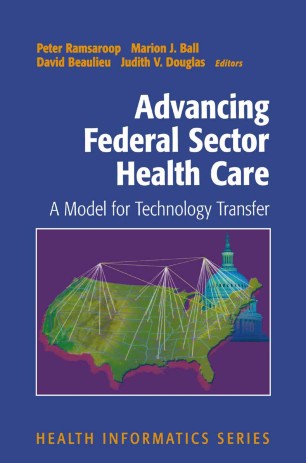 A Model for Technology Transfer

As a result of severe wounds received in World War II, I have spent many months in military hospitals, including 20 months in an Army hospital immediately after the war. I continue to use the Military Health System, as do many of my colleagues in Congress, because I firmly believe the quality of health care delivered in military and veterans hospitals is second to none. The largest system of its type in the world, the U.S. military healthcare system is undergoing changes as dramatic as those experienced by the entire country. During Desert Storm, we saw new technologies, such as telemedicine, at work in the field. Since then, military medicine has contin­ ued to imprave and develop innovations that often focus on healthcare issues of concern to society as a whole. We already have seen technology transfer at work. Things we use in our everyday lives, from sunscreen to the Internet, have come to us directly from innovations developed by federal researchers. The private sector, working with the public agencies, has creatively adapted federal research. For example, the hemopump is used successfully by heart surgeons world­ wide to save heart patients. This device, developed by Richard Wampler, was based on satellite technology information that was declassified in the early 1980s. The chapters in this book focus on current federal sector efforts to shape health care and technology transfer. Many of the initiatives described involve some degree of partnering between the public and private sectors.