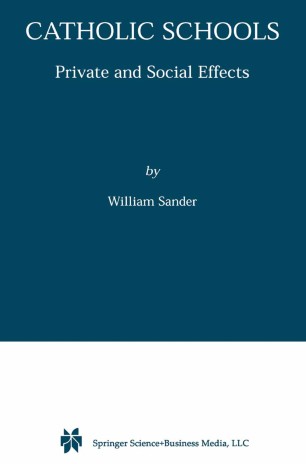 In When Work Disappears, Harvard sociologist William Julius Wilson (1996) notes that African Americans in Chicago who attended Catholic schools are viewed more favorably by employers than African Americans who attended public schools. Such findings corroborate a widely though not univer­ sally-held view that Catholic schools succeed in boosting mobility for children of less-privileged families. Can its success bebroadened? Nobel-prize winning economist Robert Fogel (2000) drawing upon the research by Wilson and oth­ ers suggests that Catholic schools might play a larger role in promoting an egalitarian society, if grants were made available to poor students that could be used in the parochial school sector. Nobel-prize winning economists Milton Friedman (1962) and Gary Becker (1989) also make strong cases for education vouchers and for more competition in primary and secondary education in the United States. From a different perspective, Archbishop of Chicago Francis Cardinal George argues that Catholic "education that is faith-based, that pro­ vides values and discipline, that is Jesus-centered, has the potential to trans­ form the world" (Archdiocese of Chicago, 2000b). Despite such opinions, there is controversy concerning the measured effects of Catholic schooling on educational attainment, academic achieve­ ment, and other tangible outcomes.