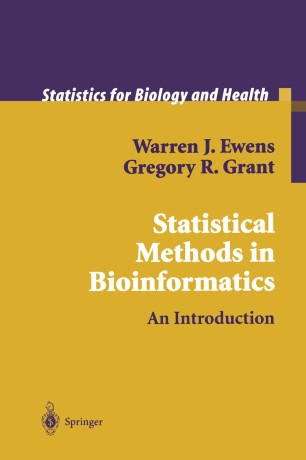 Advances in computers and biotechnology have had an immense impact on the biomedical fields, with broad consequences for humanity. Correspondingly, new areas of probability and statistics are being developed specifically to meet the needs of this area. There is now a necessity for a text that introduces probability and statistics in the bioinformatics context. This book also describes some of the main statistical applications in the field, including BLAST, gene finding, and evolutionary inference, much of which has not yet been summarized in an introductory textbook format.
This book grew out of the bioinformatics courses given at the University of Pennsylvania. The material is, however, organized to appeal to biologists or computer scientists who wish to know more about the statistical methods of the field, as well as to trained statisticians who wish to become involved in bioinformatics. The earlier chapters introduce the concepts of probability and statistics at an elementary level. Later chapters should be immediately accessible to the trained statistician. Sufficient mathematics background consists of courses in calculus and linear algebra. The basic biological concepts that are used are explained, or can be understood from the context.