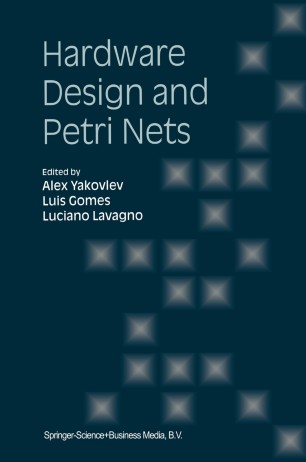 Hardware Design and Petri Nets presents a summary of the state of the art in the applications of Petri nets to designing digital systems and circuits.
The area of hardware design has traditionally been a fertile field for research in concurrency and Petri nets. Many new ideas about modelling and analysis of concurrent systems, and Petri nets in particular, originated in theory of asynchronous digital circuits. Similarly, the theory and practice of digital circuit design have always recognized Petri nets as a powerful and easy-to-understand modelling tool.
The ever-growing demand in the electronic industry for design automation to build various types of computer-based systems creates many opportunities for Petri nets to establish their role of a formal backbone in future tools for constructing systems that are increasingly becoming distributed, concurrent and asynchronous. Petri nets have already proved very effective in supporting algorithms for solving key problems in synthesis of hardware control circuits. However, since the front end to any realistic design flow in the future is likely to rely on more pragmatic Hardware Description Languages (HDLs), such as VHDL and Verilog, it is crucial that Petri nets are well interfaced to such languages.
Hardware Design and Petri Nets is divided into five parts, which cover aspects of behavioral modelling, analysis and verification, synthesis from Petri nets and STGs, design environments based on high-level Petri nets and HDLs, and finally performance analysis using Petri nets.
Hardware Design and Petri Nets serves as an excellent reference source and may be used as a text for advanced courses on the subject.