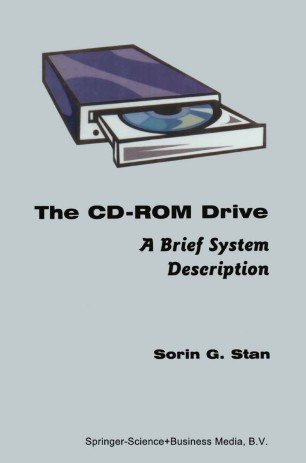 The Compact Disc (CD), as a standardized information carrier, has become one of the most successful consumer products ever marketed. Although the original disc was intended for audio playback, its specific advantages opened very quickly the way towards various computer applications. The standardization of the Compact Disc Read-Only Memory (CD-ROM) and of all succeeding similar products, like Compact Disc interactive (CD-i), Photo and Video CD, CD Recordable (CD-R), and CD Rewritable (CD­ R/W), has substantially enlarged the range of possible applications. The plastic disc represented from the very beginning a removable medium of large storage capacity. The advent of the personal computer accompa­ nied by the increasing demand for both data distribution and exchange have strongly marked the evolution of the CD-ROM drive. The number of sold CD-ROM units exceeded 60 millions in 1997 when compared to about 2.5 millions in 1992. As computing power continuously improved over the years, computer pe­ ripherals have also targeted better performance specifications. In particular, the speed of CD-ROM drives increased from the so-called 1X in 1984 to dou­ ble speed in 1992, and further to 32X at the beginning of 1998. The average time needed to access data on disc has dropped from about 300 ms to less than 90 ms within the same period of time.