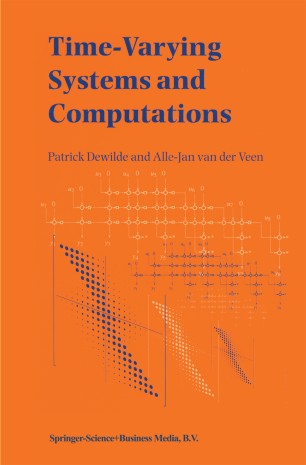 Complex function theory and linear algebra provide much of the basic mathematics needed by engineers engaged in numerical computations, signal processing or control. The transfer function of a linear time invariant system is a function of the complex vari­ able s or z and it is analytic in a large part of the complex plane. Many important prop­ erties of the system for which it is a transfer function are related to its analytic prop­ erties. On the other hand, engineers often encounter small and large matrices which describe (linear) maps between physically important quantities. In both cases similar mathematical and computational problems occur: operators, be they transfer functions or matrices, have to be simplified, approximated, decomposed and realized. Each field has developed theory and techniques to solve the main common problems encountered. Yet, there is a large, mysterious gap between complex function theory and numerical linear algebra. For example, complex function theory has solved the problem to find analytic functions of minimal complexity and minimal supremum norm that approxi­ e. g. , as optimal mate given values at strategic points in the complex plane. They serve approximants for a desired behavior of a system to be designed. No similar approxi­ mation theory for matrices existed until recently, except for the case where the matrix is (very) close to singular.