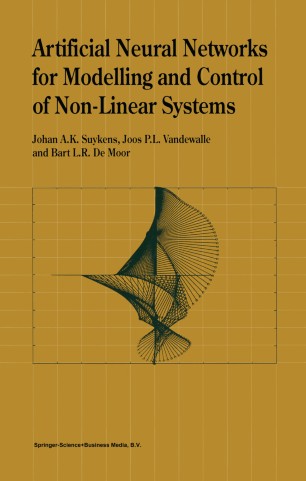 Artificial Neural Networks for Modelling and Control of Non-Linear Systems

Artificial neural networks possess several properties that make them particularly attractive for applications to modelling and control of complex non-linear systems. Among these properties are their universal approximation ability, their parallel network structure and the availability of on- and off-line learning methods for the interconnection weights. However, dynamic models that contain neural network architectures might be highly non-linear and difficult to analyse as a result. Artificial Neural Networks for Modelling and Control of Non-Linear Systems investigates the subject from a system theoretical point of view. However the mathematical theory that is required from the reader is limited to matrix calculus, basic analysis, differential equations and basic linear system theory. No preliminary knowledge of neural networks is explicitly required.
The book presents both classical and novel network architectures and learning algorithms for modelling and control. Topics include non-linear system identification, neural optimal control, top-down model based neural control design and stability analysis of neural control systems. A major contribution of this book is to introduce NLq Theory as an extension towards modern control theory, in order to analyze and synthesize non-linear systems that contain linear together with static non-linear operators that satisfy a sector condition: neural state space control systems are an example. Moreover, it turns out that NLq Theory is unifying with respect to many problems arising in neural networks, systems and control. Examples show that complex non-linear systems can be modelled and controlled within NLq theory, including mastering chaos.
The didactic flavor of this book makes it suitable for use as a text for a course on Neural Networks. In addition, researchers and designers will find many important new techniques, in particular NLq Theory, that have applications in control theory, system theory, circuit theory and Time Series Analysis.