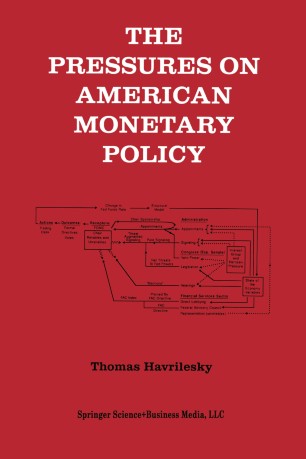 The basic motivation for this book is my lifelong interest in the relationship between political processes and macroeconomic outcomes, especially in the area of monetary policy. Monetary policy is an area where political considerations regularly impact upon economic results. When my fascination with this subject began thirty years ago, none of the scholarly literature of that period engaged in modeling monetary policy, even as a constrained maximization problem, not to mention systematically linking it to politically-generated goals. My dissertation at the University of Illinois in 1966 and my first published article (in the Journal of Political Economy in 1967) addressed the modeling and estimation of the concerns that propel monetary policy. In the political and economic turbulence of the period from the late 1960s through the early 1980s, it became clear that the directions taken by monetary policy were changing with some frequency. Much of my published research during that period dealt with formal control­ theoretic models of monetary policy but some of it attempted to measure these changes and showed that monetary policy reactions to the state of the economy were not stable over time. Even during this early period I suggested reforms which might reduce the resulting instability in the economy. For example, my 1972 article in the Journal of Political Economy suggested systematic penalties Federal Reserve officials who failed to meet the goal of monetary stability by tying their budgets or salaries inversely to the rate of inflation.