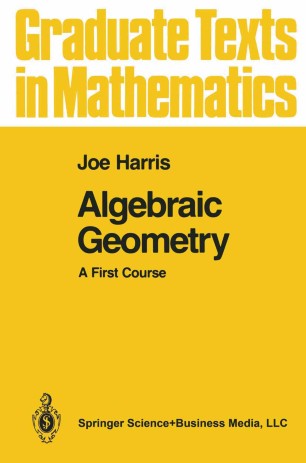 This book is based on one-semester courses given at Harvard in 1984, at Brown in 1985, and at Harvard in 1988. It is intended to be, as the title suggests, a first introduction to the subject. Even so, a few words are in order about the purposes of the book. Algebraic geometry has developed tremendously over the last century. During the 19th century, the subject was practiced on a relatively concrete, down-to-earth level; the main objects of study were projective varieties, and the techniques for the most part were grounded in geometric constructions. This approach flourished during the middle of the century and reached its culmination in the work of the Italian school around the end of the 19th and the beginning of the 20th centuries. Ultimately, the subject was pushed beyond the limits of its foundations: by the end of its period the Italian school had progressed to the point where the language and techniques of the subject could no longer serve to express or carry out the ideas of its best practitioners.