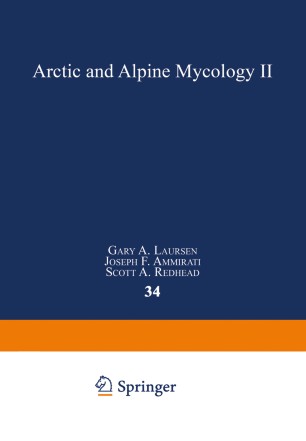 During the summer of 1980, the First International symposium on Arctic and Alpine Mycology (ISAM-I) was held at the then extant Naval Arctic Research Laboratory near Barrow, Alaska, U.S.A., well within the Arctic Circle (Laursen and Ammirati, Arctic and Alpine Mycology. The First International symposium on Arcto-Alpine Mycology. Univ. Wash. Press, 1982). The facility is currently owned and operated by the Utkeagvik Inupiat community and is named the National Academic and Research Laboratory, thus retaining its acronym NARL. Twenty-five scientists participated in that historic first meeting. Their interests in the fungi spanned a vast geographic area of cold dominated habitats in both the northern and southern hemispheres that included four continents (N. and S. America, Eurasia,and Antarctica), nine countries, and numerous islands ranging from Greenland to Jan Mayen in the Svalbard group. ISAM-I helped to develop ongoing interests and initiate others. This is what ISAM-I founders hoped would happen. Asa result, the organizing committee for ISAM-II was formed. Its mandate was to: involve a maximum of one third new participants in future ISAM meetings: divide the responsibility for organizing future meetings at sites located in areas of interest to research thrusts in Arctic and alpine environments: keep the number of participants small enough to ensure manageability, taking full advantage of field collecting opportunities with minimal complications and cost.