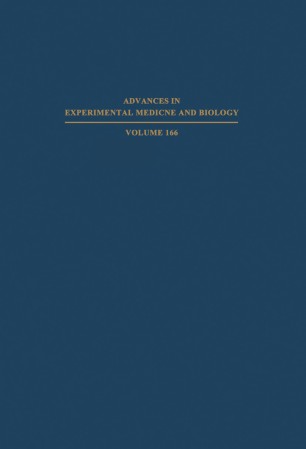 Part of the Advances in Experimental Medicine and Biology book series (AEMB, volume 166)

The topic of biological response modifiers has attracted the attention of many biomedical investigators, including immunologists, oncologists, pharmacologists, microbiologists, and biochemists, as well as clinical practitioners of medicine. This has occurred mainly because of the realization that the complex system of cellular and humoral interactions culminating in a productive immune response is under exquisite regulatory control for normal immune responses and that loss of control may markedly influence the capability of a host to respond in a productive manner to the numerous immunologic "insults" encountered in the environment. Furthermore, biological response modification is considered by many to be a natural offshoot of the relatively new application of "immunotherapy" to cancer. It is widely recognized that "immunotherapy" was practiced at the end of the last century and the beginning of this century when it was recognized that microbial infections were caused by distinct species of bacteria and that passive administration of serum con­ taining antibody to these microbes or their products could, in many cases, favorably influence the outcome of an infectious process.