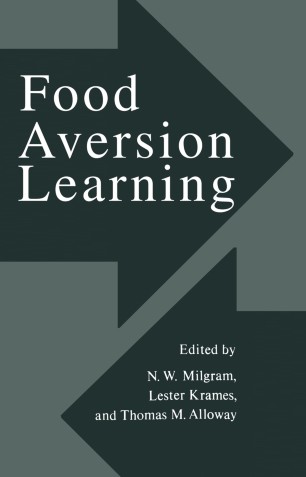 During the past 10 years, the study of learned aversions to foods has become one of the most' 'popular" areas of research in animal psychology. Learned aversions to foods are typically produced in the laboratory by first allowing an animal to eat (or drink) some distinctively novel substance and then making the animal' 'ill" in some way, most frequently by either giving it an injection of some "illness" -producing drug such as lithium chloride or by exposing it to a toxic dose of radiation. When an animal that has been treated in this way is subsequently given another opportunity to ingest the same or a similar substance, one usually observes that it will either totally avoid ingesting the substance or that it will consume less of it than a control animal that was not made ill after previously consuming the same substance. This form of learning has attracted the interest of many researchers because there are two apparently striking differences in the acquisition of food aversions and the acquisition of other types of associative learning.