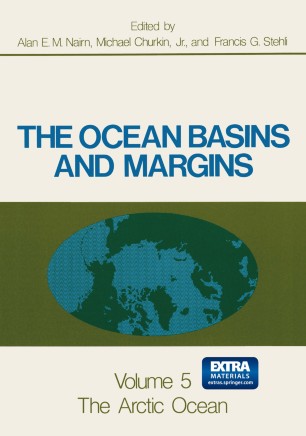 This trip backward in time capsulizes in a general way the geologic development of the area that is now northern Alaska. The Cretaceous through Recent history is predominantly one of erosion of the ancient Brooks Range and filling of the Colville Geosyncline under processes like those in Operation today. All the rocks older than Jurassic, however, were deposited far from their present sites. One of the intriguing tectonic puzzles involves the geographic positions and relative timing of events that occurred during the orogeny that built the Brooks Range. I suggest that pre-Cretaceous deposition took place far to the north along the western margin of the Caledonides. Subsequently, the region that is now northern Alaska moved southward and impinged upon a northward moving plate, or plates, from the Pacific region. Interactions between these two major parts of the earth's crust produced the Brooks Range during the Jurassic. Later developments reflect continuing readjustments of the northern third of of thrust Alaska as southward movement was dissipated in diverse systems faulting and lateral displacement. ACKNOWLEDGMENTS I am indebted to many colleagues who, during the past 30 years, shared with me the excitement and pleasures of exploring the geology of northern Alaska. Among these are W. P. Brosge, H. N. Reiser, R. L. Detterman, A. K. Armstrong, A. L. Bowsher, E. G. Sable, I. L. Tailleur, C. G. Mull, M. D. Mangus, A. H. Lachenbruch, M. C. Lachenbruch, R. L. Morris, C. J.