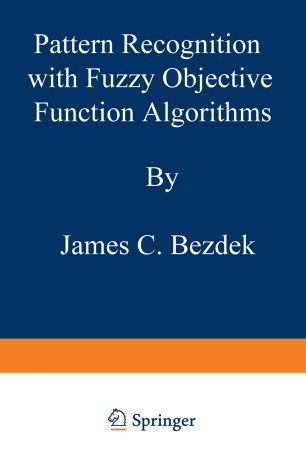 The fuzzy set was conceived as a result of an attempt to come to grips with the problem of pattern recognition in the context of imprecisely defined categories. In such cases, the belonging of an object to a class is a matter of degree, as is the question of whether or not a group of objects form a cluster. A pioneering application of the theory of fuzzy sets to cluster analysis was made in 1969 by Ruspini. It was not until 1973, however, when the appearance of the work by Dunn and Bezdek on the Fuzzy ISODATA (or fuzzy c-means) algorithms became a landmark in the theory of cluster analysis, that the relevance of the theory of fuzzy sets to cluster analysis and pattern recognition became clearly established. Since then, the theory of fuzzy clustering has developed rapidly and fruitfully, with the author of the present monograph contributing a major share of what we know today. In their seminal work, Bezdek and Dunn have introduced the basic idea of determining the fuzzy clusters by minimizing an appropriately defined functional, and have derived iterative algorithms for computing the membership functions for the clusters in question. The important issue of convergence of such algorithms has become much better understood as a result of recent work which is described in the monograph.