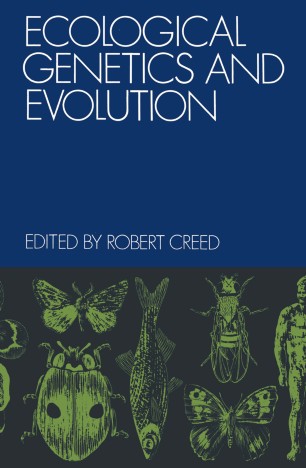 One of the privileges of appointment to a Chair at another University is that it gives one the right to talk to many distinguished people about their work and ideas. E. B. Ford was known to me before I came to Oxford as the author of a book on butterflies and as somewhat of an eccentric, but I was quite unprepared for the welcome he gave me into the Department of Zoology and for the enormous interest of the subject which he gradually revealed to me. My contact with the Genetics Laboratory was made easier by one of the first things I had to do. Within a few weeks of my arrival, it came to light that a new building for another department was to be erected on a piece of land, known to us as 'Henry's weed garden' but generally regarded as being derelict. Even my, at that time, elementary, knowledge of ecological genetics made it easy to realize that the population of caterpillars that had been under continuous observation there for eleven years put it in a rather special category of wilderness; although I did not succeed in saving it, I was able to persuade the university to substitute another experimental plot and this may have helped the geneticists to appreciate that the new professor was not only interested in electrical apparatus.