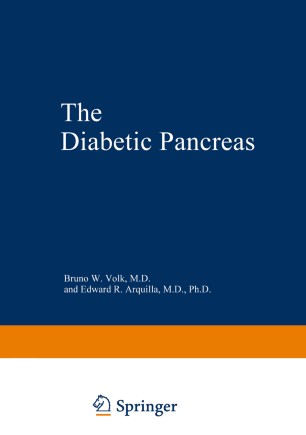 Since the publication of the first edition of The Diabetic Pancreas in 1977, much progress has been made in various areas of diabetes research. While only a rela­ tively short while ago diabetes was considered a single disease, in more recent years it has become apparent that it is a heterogeneous group of disorders, all of which are characterized by a decreased tolerance of carbohydrates and most of which have a genetic basis, although the genetic types vary. In more recent years, an International Work Group sponsored by the National Diabetes Data Group of the NIH proposed a now generally accepted classification, according to which the insulin-dependent ketosis-prone diabetes, formerly and inappropriately called the juvenile type, is considered a subclass of diabetes, type 1. Because it can occur at any age, it was recommended that the diagnosis based on age be eliminated. The non-insulin-dependent, non-keto sis-prone type of diabetes, which is not secondary to other diseases or conditions, and which was formerly called matu­ rity-onset diabetes, was considered a second subclass, type II, because although this form usually develops after age 40, it also occurs in young persons, who do not require insulin or are not ketotic. Although this classification is not entirely agreed upon by all diabetologists, for practical purposes it has been generally accepted and has been utilized by the contributors to this volume.