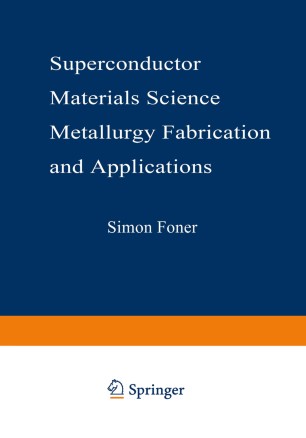 This book encompasses the science, measurement, fabrica­ tion, and use of superconducting materials in large scale and small scale technologies. The present book is in some sense a continuation and completion of a series of two earlier books based on NA TO Advanced Study Institutes held over the last decade. The first book in the series entitled Superconducting Machines ~nd Devices: Large Systems Appli­ cations edited by S. Foner and B. B. Schwartz (1974) represented a compilation of all the applications of superconducting technology. The second book entitled Superconductor Applications: Squids and Machines, edited by B. B. Schwartz and S. Foner (1977) reviewed small scale applications and up-dated the large scale applications of superconductiv­ ity at that time. These two books are both introductions and advanced reference volumes for almost all aspects of the applications of super­ conductivity. The growth of applied superconductivity has mushroomed in the decade of the 1970's. Technologies which were discussed in the beginning of the 1970's are now beyond the prototype stage. Materials development and performance in operating systems is the basis of the continued applications and economic viability of super­ conducting technology. In this book, a complete review of all materials technology is presented by leading authorities who were instrumental in the development of superconducting materials technology. The present book is based on the NATO Advanced Study vi PREFACE Institute entitled Superconducting Materials: Science and Technology which was held from August 20 to August 30, 1980 in Sintra, Portugal.