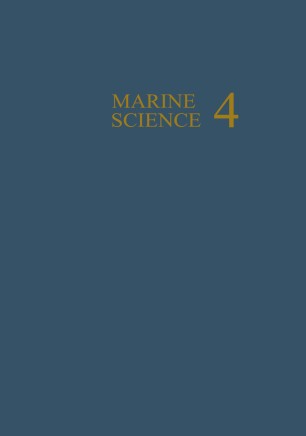 This book represents a compilation of papers presented at a symposium on the subject "Suspended Solids in Hater." held in Santa Barbara. California. U.S.A .• on March 20. 2] and 22, 1973. The symposium was sponsored by the Office of Naval Research and was designed to bring together a group that represented the domi­ nant cross section of international research in this area. The idea for the conference originated as ONR recognized a potentially interesting area that, to date. had not had the benefit of a co­ ordinating symposium and/or a book published on the specific sub­ ject. In addition to the formal presentation of papers - informal open discussions followed - the symposium included two stimulating workshops. An abundance of impromptu exchange filled unscheduled periods. Many of the contributors have incorporated in their pa­ pers the ideas and points raised in discussions following formal presentation and at other times. The reader thus actually profits from the various discussions throughout the meeting. The two half-day workshops were directed toward the subjects of sampling and concentrating suspended materials and in situ in­ strumentation. I have summarized the discussions from the two workshops for the reader and have correlated the material wherever possible in an introductory chapter. I have also included intro­ ductory material to acquaint the newcomer with the general field.