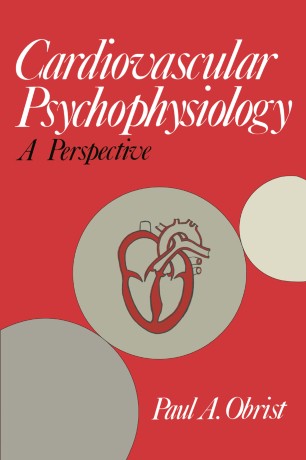 It was my original intention to write a reasonably advanced psycho­ physiology text that would go beyond cardiovascular activity. This I believed would require a collaborative effort since my expertise outside of cardiovascular psychophysiology is too limited. After some initial limited efforts to organize such a venture, it became apparent that a text of this nature was not feasible. Thus, the effort was dropped. I did, however, receive encouragement to write the present monograph, which is more a personalized document than a text. As will become apparent, this monograph relies heavily on research from my laboratory and details the manner in which our conceptualizations of the issues have developed. At first, I believed such an effort premature since such a personalized document was something one composes upon retire­ ment. However, I was persuaded by some individuals (who shall re­ main anonymous, just in case they end up regretting their actions) to undertake the present effort. There are several people, who have rendered assistance in the preparation of this monograph, for whose efforts I am extremely grate­ ful. Extensive editorial assistance and encouragement were provided by Kathleen C. Light and Alberto Grignolo. Also assisting editorially were Ellen Z. Curtin, Allison Cahill, and Carolyn Williams. I wish also to thank my long-time secretary, Virginia Hodson, and Jenny Adams, for their typing assistance. There are six people to whom I would like to dedicate this book.