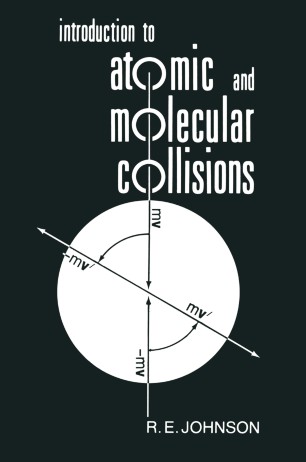 Introduction to Atomic and Molecular Collisions

In working with graduate students in engineering physics at the University of Virginia on research problems in gas kinetics, radiation biology, ion­ materials interactions, and upper-atmosphere chemistry, it became quite apparent that there was no satisfactory text available to these students on atomic and molecular collisions. For graduate students in physics and quantum chemistry and researchers in atomic and molecular interactions there are a large number of excellent advanced texts. However, for students in applied science, who require some knowledge and understanding of col­ lision phenomena, such texts are of little use. These students often have some background in modern physics and/or chemistry but lack graduate­ level course work in quantum mechanics. Such students, however, tend to have a good intuitive grasp of classical mechanics and have been exposed to wave phenomena in some form (e. g. , electricity and magnetism, acoustics, etc. ). Further, their requirements in using collision processes and employing models do not generally include the use of formal scattering theory, a large fraction of the content of many advanced texts. In fact, most researchers who work in the area of atomic and molecular collisions tend to pride themselves on their ability to describe results using simple theoretical models based on classical and semiclassical methods.