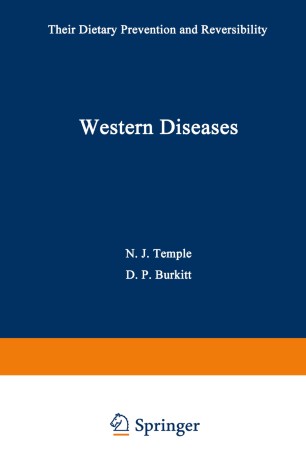 Their Dietary Prevention and Reversibility

Sir Richard Doll, FRS, FRCP ICRF Cancer Research Studies Unit Radcliffe Infirmary, Oxford, UK The twentieth century has seen few changes more remarkable than the improvement in health that has occurred nearly everywhere, most spectacularly in the economically developed countries. In these countries improved nutrition, better housing, the control ofinfection, smaller family sizes, and higher standards of education have brought about a situation in which more than 97% of all liveborn children can expect to survive the first half ofthe three score years and ten that formerly was regarded as the allotted span oflife. From then on, however, the position is less satisfactory. Some improvement has occurred; but the proportion of survivors who die prematurely, that is under 70 years of age, varies from 25% to over 50% in men and from 13% to 28% in women, the extremes in both sexes being recorded, respectively, in Japan and Hungary. Most of these deaths under 70 years of age must now be called premature, even in Japan. For most of them are not the result of any inevitable aging process, but instead are the consequences of diseases (or types of trauma) that have lower-often much lower-age-specific incidence rates in many of the least developed countries.

...highly readable and even entertaining...provide(s) much useful and insightful information on the role of diet in human health and disease. - New England Journal of Medicine
Buy options