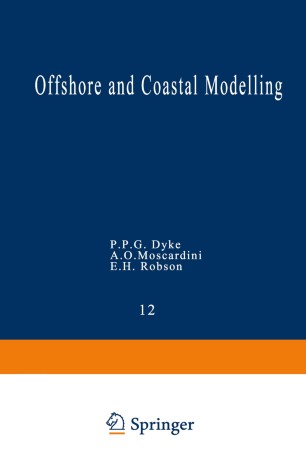 The papers contained in this volume were presented orally at the seventh POLYMODEL conference, held at Sunderland Polytechnic in the United King­ dom in May 1984 and sponsored by Barclays Bank PLC and Imperial Chemical Industries Ltd. The conferences are organised annually by the North East of England Polytechnic's Mathematical Modelling and Computer Simulation Group - POLYMODEL. The Group is a non-profit making organisation based on the mathematics department of the three polytechnics in the region and has membership drawn from those educational institutions and from regional industry. Its objective is to promote research and collaboration in mathematical and computer-based modelling. After a short introductory chapter, the volume may be considered as dividing naturally into four parts. Chapters 2 to 5 constitute the first part on Tides, Storm Surges and Coastal Circulations which deals with the hydrodynamics of coastal seas. Chapters 6 to 11 concern Coastal Engine­ ering Modelling and discuss such coastal phenomena as beach erosion, sediment transport, and non-linear waves. The third part (Chapters 12 to 16) on Offshore Structures considers sea structures in general and the connections between the structures (hoses, moorings, pipelines) in particular. The last two chapters focus on Offshore Corrosion problems.