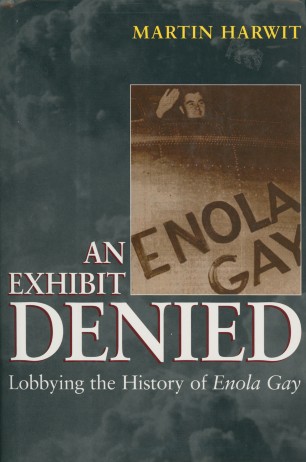 Lobbying the History of Enola Gay

At 8:15 A.M., August 6, 1945, the Enola Gay released her load. For forty­ three seconds, the world's first atomic bomb plunged through six miles of clear air to its preset detonation altitude. There it exploded, destroying Hiroshima and eighty thousand of her citizens. No war had ever seen such instant devastation. Within nine days Japan surrendered. World War II was over and a nuclear arms race had begun. Fifty years later, the National Air and Space Museum was in the final stages of preparing an exhibition on the Enola Gay's historic mission when eighty-one members of Congress angrily demanded cancellation of the planned display and the resignation or dismissal of the museum's director. The Smithsonian tnstitution, of which the National Air and Space Museum is a part, is heavily dependent on congressional funding. The Institution's chief executive, Smithsonian Secretary I. Michael Heyman, in office only four months at the time, scrapped the exhibit as requested, and promised to personally oversee a new display devoid of any historic context. In the wake of that decision I resigned as the museum's director and left the Smithsonian.