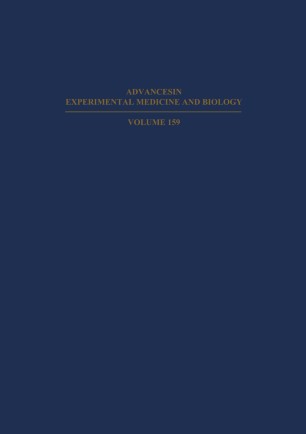 Part of the Advances in Experimental Medicine and Biology book series (AEMB, volume 159)

The International Society on OXygen Transport to Tissue (ISO'IT) has canpleted nine years as a society since its first fonnal meeting at Charleston-Clanson, South Carolina, United States of America in 1973. Prior to this time an active group of scientists and engineers rret in w::>rkshop environrrents, on a periodic basis, around the w::>rld. Meetings are ncM on an annual basis, alternating between Europe and the United States. The international gatherings include scientists and engineers in a variety of fields. ISOIT has produced a stable forum for the exchange of info:rmation on the rnicroenvirornnent of living cells, ranging fran the utilization of mathematics and engineering, through physiology and radiobiology, to clinical applications. The proceedings of these meetings have been codified into six books, four of them published by Plenum Press in its prestigious Advances in Experimental Medicine and Biology series. This volume, together with the next two volumes that will follCJV.l the meetings in Dortmund, Gennany in 1982 and in Ruston, Louisiana in 1983 will provide further chapters in the history of this fascinating field of knCJV.lledge. OUr thanks are given to all the participants and contributors to the Detroit meeting. We hope that the strength of the society will grow in caning years, and that our contribution will eventually be felt in :inproving the treatment of the sick, and in enhancing the thought processes of the intellectual.