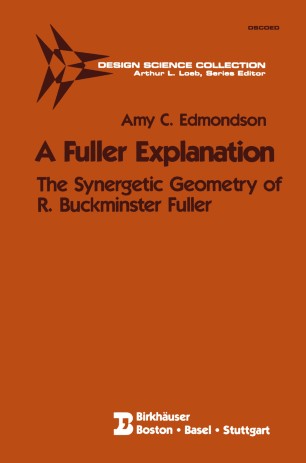 In a broad sense Design Science is the grammar of a language of images rather than of words. Modern communication techniques enable us to transmit and reconstitute images without the need of knowing a specific verbal sequential language such as the Morse code or Hungarian. International traffic signs use international image symbols which are not specific to any particular verbal language. An image language differs from a verbal one in that the latter uses a linear string of symbols, whereas the former is multidimensional. Architectural renderings commonly show projections onto three mutually perpendicular planes, or consist of cross sections at differ­ ent altitudes representing a stack of floor plans. Such renderings make it difficult to imagine buildings containing ramps and other features which disguise the separation between floors; consequently, they limit the creativity of the architect. Analogously, we tend to analyze natural structures as if nature had used similar stacked renderings, rather than, for instance, a system of packed spheres, with the result that we fail to perceive the system of organization determining the form of such structures.