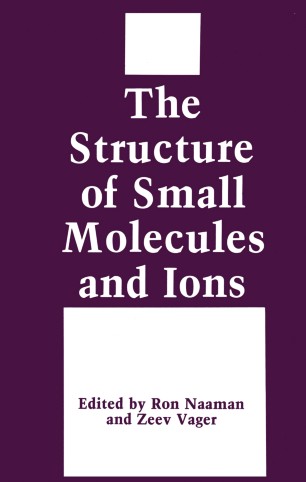 The Structure of Small Molecules and Ions

The workshop on "The structure of small molecules and ions" was held at the Neve-Han guest house, near Jerusalem, Israel on December 13 to 18 in mem­ ory of the late Professor Itzhak Plesser. Professor Plesser played a central role in the research done both at the Weizmann Institute and at Argonne National Laboratories on the "Coulomb explosion" method. His friends honored his memory by organizing a meeting in which subjects related to Plesser's interests would be discussed. Just a week be­ fore the conference started we were struck by another tragedy -the death of our graduate student Ms. Hana Kovner, who participated in many of the Coulomb explosion experiments at the Weizmann Institute. We would like to dedicate these proceedings to her memory as well. The goal of the workshop was to bring together chemists and physicists working on different aspects of the structural problems of small molecular en­ tities. The time seemed appropriate for discussing experimental and theoretical concepts, since in recent years new methods have been introduced, and a large amount of information has been accumulated on systems not studied before, like unstable molecules, ions, van der Waals molecules and clusters. The program of the workshop reflects, we believe, these new developments. The meeting was characterized by intensive discussions in which the weak­ nesses and strengths of new and of well established concepts were revealed. We hope that it measured up to the high standards Itzhak Plesser maintained all through his scientific life.