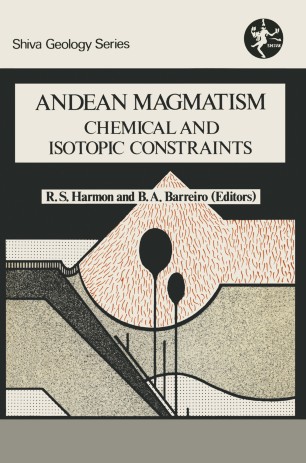 Destructive plate margin magmagenesis is one of the most intensely studied and widely debated topics in the earth sciences at present. Calc-alkaline volcanic and plutonic rocks in orogenic settings exhibit such a diversity of composition and character that the subducted oceanic lithosphere, the overlying 'enriched' lithospheric mantle and the lower continental crust all have been advocated recently as the primary source region for island-arc and continental-margin basaltic to andesitic magmas. The role of the upper continental crust is also a matter of continuing controversy. It is clear that crustal contamination is a common, but not universal, feature of destructive plate margin magmatism. Whether this contamination is introduced at source by subduction-related processes or occurs during magma transit by bulk anatexis and magma mixing, selective contamination or coupled fractional crystallization-assimilation mechanisms is central to most current discussions of andesite petrogenesis. This book presents a series of papers which directly address these and other important geological and geochemical problems within the context of the Mesozoic-Cenozoic calc-alkaline magmatism characteristic of the Andean Cordillera of western South America. Although it is aimed primarily at postgraduate students and researchers familiar with the Andes, it is also a useful general reference for workers in other fields who wish to gain an insight into current thoughts, ideas and speculations on 'andesitic' magmatism at destructive plate margins.