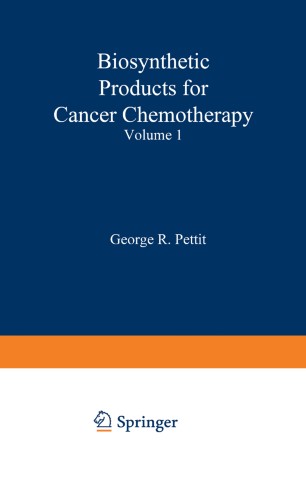 Cancer exacts an incredibly destructive toll on the world's human populations. In recent years we have frequently heard the expression "war on cancer," but compared to the carnage inflicted by cancer, our scientific and medical efforts, to date, would seem more like a minor skirmish. Some comprehension of the cancer problem can be obtained from a look at the current and projected casualty list for the United States. In this country, about 700,000 new cases of cancer will be diagnosed in 1976 and over 1 million known cases will continue to be treated. Over 400,000 of these patients will die from cancer in our bicentennial year. With the incidence of cancer in the United States increasing to 5.2% in 1975, compared to the 1.1 % yearly rate experienced for decades, Dr. F. J. Rauscher, Jr.,338 Director of the National Cancer Institute, has estimated that more than 10 million people will be under treatment for cancer and nearly 4 million will expire from cancer in this decade. At that rate, cancer will appear in nearly two of three families and the necessary medical care will cost some $15-20 billion per year. Thus unless methods for the treatment and control of cancer are markedly improved, about 53 million Americans now alive will eventually be cancer patients. Unfor­ tunately the major types of human cancer are still beyond curative care by surgical and radiological techniques and because of the paucity of currently available cancer chemotherapeutic drugs with curative potential.