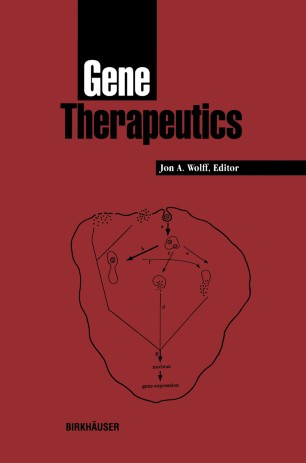 During the first half century of genetics, coinciding with the first half of this cen­ tury, geneticists dreamt of the repair of genetic disease by altering or replacing defective genes. H. J. Muller wrote of the great advantages of mutations, "nanoneedles" in his apt term, for delicately probing physiological and chemical processes. In the same spirit, genes could be used to provide treatments of needle point delicacy. Yet, during this period no realistic possibility appeared; it remained but a dream. The situation changed abruptly at the half century. Microbial genetics and its offshoot, cell culture genetics, provided the route. Pneumococcus transformation showed that exogenous DNA could become a permanent part of the genome; yet attempts to reproduce this in animals produced a few tantalizing hints of success, but mostly failures. Transduction, using a virus as mediator, offered a better op­ portunity. The fITSt reproducible in vivo gene therapy in a whole animal came in 1981. This was in Drosophila, with a transposable element as carrier. Flies were "cured" of a mutant eye color by incorporation of the normal allele, and the effect was transmissible, foreshadowing not only somatic, but germ line gene therapy. At the same time, retroviruses carrying human genes were found to be ex­ tremely efficient in transferring their contents to the chromosomes of cultured cells.