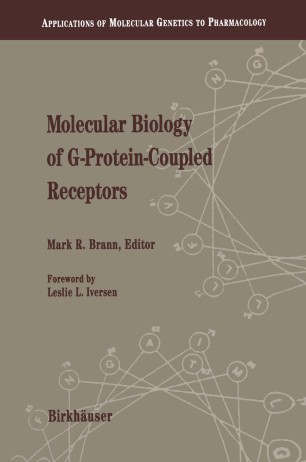 Part of the Applications of Molecular Genetics to Pharmacology book series

LESLIE L. IVERSEN The present series of volumes is well timed, as the impact of molecular genetics on pharmacology has been profound, and a comprehensive review of the rapid advances of the past decade is much needed. Since the pioneering work of Dale, Ariens, and others in the early years of this century, much of pharmacology has been founded on the concept of receptors. To begin with, the receptor was conceived of as a "black box," which recognized and transduced the biological effects of neurotransmit­ ters, hormones, or other biological messengers-and which could also represent a target for man-made drugs. It is only in the last two decades that "molecular pharmacology" has blossomed, first with the advent of radioligand binding techniques and second messenger studies which greatly facilitated the biochemical study of drug-receptor interactions, and latterly with increasing knowledge of the molecular architecture of the receptor proteins themselves. This started with the traditional biochemical approach of isolating and purifying the receptor molecules. This proved to be a task of immense technical difficulty because of the low density of receptors in most biological source tissues, although there were some notable successes, e. g. , the purification of the nicotinic acetylcholine receptor from the electric organ of Torpedo. It was the ap­ plication of molecular genetics technology during the 1980s, however, which really accelerated progress in this field.