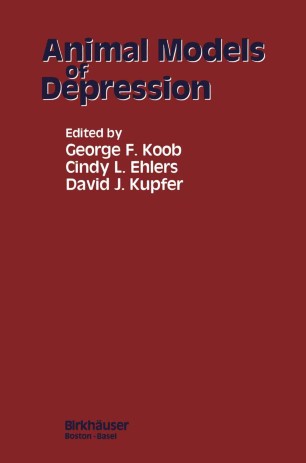 Animal models represent experimental investigations developed in one species for the purpose of studying phenomena in another species and provide numerous advantages for preclinical research. They allow scientists greater control and isolation of important experimental variables. Animal models are safe, reproducible strategies by which to evaluate and design new pharma­ cological treatment strategies, while also allowing direct central nervous system intervention to alter the course of the aberrant behavior. Animal models have been developed for a number of mental illnesses; in this particular domain, they hold the promise to shed light on the still obscure etiologies of these illnesses and ultimately to facilitate the development and testing of "cures. " Yet, true models of mental illness are difficult to develop, because mental illness may be a uniquely human phenomenon. It was based on these considerations that the MacArthur Foundation Research Network on the Psychobiology of Depression set out to sponsor a conference to review the status, problems, promises, and relevance of animal models to the clinical conditions of affective disorders. The conference was held in September 1986 and included participants from both within the Network as well as scientists and scholars from various disciplines relevant to the concerns of the conference. After the conference was held, it became clear to the organizers that the material presented could be helpful to a broader field of investigators, since a significant portion of the information has not been presented elsewhere or in the unified context of a monograph.