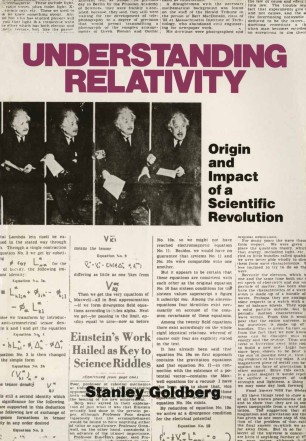 Origin and Impact of a Scientific Revolution

The central subject matter of this book is Einstein's special theory of relativiry. While it is a book that is written primarily for a lay audience this does not necessarily mean an audience not versed in the ways of doing science. Rather, this book is written for anyone wishing to consider the nature of the scientific enterprise: where ideas come from, how they become established and accepted, what the relationships are among theories, predictions, and measurements, or the relationship between ideas in a scientific theory and the values held to be important within the larger culture. Some readers will find it strange that I raise any of these issues. It is a common view in our culture that the status of knowledge within science is totally different from the status of knowledge in other areas of human endeavor. The word "science" stems from the Latin word meaning "to know" and indeed, knowledge which scientists acquire in their work is commonly held to be certain, unyielding, and absolute. Consider how we use the adjective "scientific. " There are investors and there are scientific investors. There are socialists and there are scientific socialists. There are exterminators and there are scientific exterminators. We all know how the modifier "scientific" inttudes in our daily life. It is the purpose of this book to challenge the belief that scientific knowledge is different from other kinds of knowledge.